One of my favourite “warm-up” games.  It might teach you everything there is about improvisation 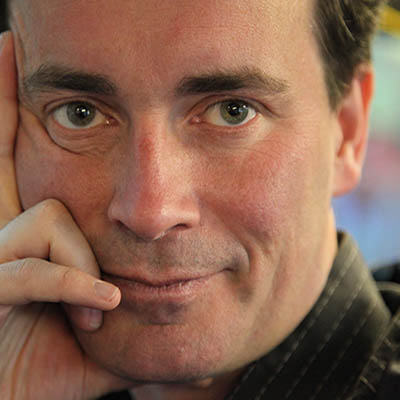 Virus Tag is one of my top three favourite warm-up games. This game comes from childhood in many cultures but I picked it up in Germany many years ago.

I don’t exaggerate when I say that entire workshops could be taught on the lessons that pop out of this seemingly simple kid’s pastime. It’s fun, it’s active, it enlightens and it’s all impro.

I’d suggest you play the game for a while without too much thought. Just enjoy it before looking too deeply at the theory    BUT THEN… don’t ignore the value of  what’s going on when you can fully let loose and engage. Reflect on  the play.

– You’ll need something you can throw and catch easily. Bean bags and stuffed animals are best because they don’t roll around the room when they drop, and they’re easier to catch.

– Make sure you have enough space to run around. Competitive people become blind to the safety of others when they want to “win”.

Competitive people steamroll partners on stage. They injure scenes and make partners feel unsafe as they try to make themselves look good.

There are two teams: THE VIRUS TEAM and the VIRUS-FREE TEAM.

The goal for those who have the virus is to affect everyone in the room.

The goal for those who are virus-free is to remain virus-free.

Everyone else is free and stays away from The Virus.

The free team’s task is to STAY AWAY FROM THE VIRUS. Don’t get caught.  Social distancing :).   If you are tagged by the object, you join the Virus team and try to catch the remaining free players.

Play the game for a while until the rules set in.

Every once and awhile, stop the game. Ask yourselves “How is this like improvisation”.  Don’t discuss it too long.  Play is more fun and you will learn more by doing it.

DON’T READ THIS NEXT PART UNTIL YOU HAVE MADE YOUR OWN DISCOVERIES!!!!

Work your brain a little and discover things on your own.  You learn a lot more doing it that way.

Here are some observations that make the game a little deeper.

1) Story telling is everywhere.  You are predicting where to be by watching the virus team. You know how close you can get by predicting (telling the story) of how far they can reach and what they are projecting will happen (where they will throw the object)

2) STORY TELLING and FOCUS! For the Virus team, if everyone is focused on their own goals they will not be effective.  We see the same behaviour when 2 or more people are on stage trying to tell their own story, ignoring what their partner wants.

If Miriam wants to catch Amanda but Miriam’s teammate is running after his own goal of catching Paul, then we have two stories going on at once without focus.  And the goal of catching anyone will fail most of the time.

As on stage, PRACTICE SEEING THROUGH YOUR PARTNER’S EYES.  If Miriam is focused on catching Amanda and she is reaching out to get Amanda then this should be a strong indication of what she wants. Her partners should rush over to help her achieve her goal. You will accomplish the task so much easier if you support your partner’s intention rather than coming up with another good idea.

3)  HEROES – I referenced this earlier but let’s dig deeper.  Some people are one-person teams.  They want to dive after their victims.  They yell at everyone to pass them the object so they can tag their victim.  The focus is on themselves.

If you have a partner closer to the target, simply toss the object to your teammate and let them complete the task.  Shine the light on your partner and assist once and a while instead of always trying to be the focus.

4) SCRIPTS cause “possibility blindness” – This is an amazing effect to watch. It happens to everyone who isn’t aware of it. We have two scripts as the Virus Team.

Both tasks are important.

But… here’s the thing.  Most people become blinded to the possibilities when their focus on one idea becomes too strong.

Amanda has just caught the object  She reaches out but can’t touch Miriam.  (there goes script one) So she looks to her next task, which is to pass the object to another teammate. (script two) She sees her partner and is about to throw the object to her.

In that  seemingly simple moment of switching scripts, Amanda forgets the possibilities.  Her brain becomes so focussed on throwing the object that she will not touch anyone on the other team EVEN IF one of their players walks right up to them and stands beside them.

You do this all of the time to people new to the game.  Walk to the person with the object and stand beside them. The Virus person ignores you.  They look around you so they can pass it but miss the important possibility to touch you with the object.

KEEP YOUR MIND OPEN.
Those are just four observations. There are many many more.

Look for them.  Play the game.  Incorporate the lessons into your work on stage.