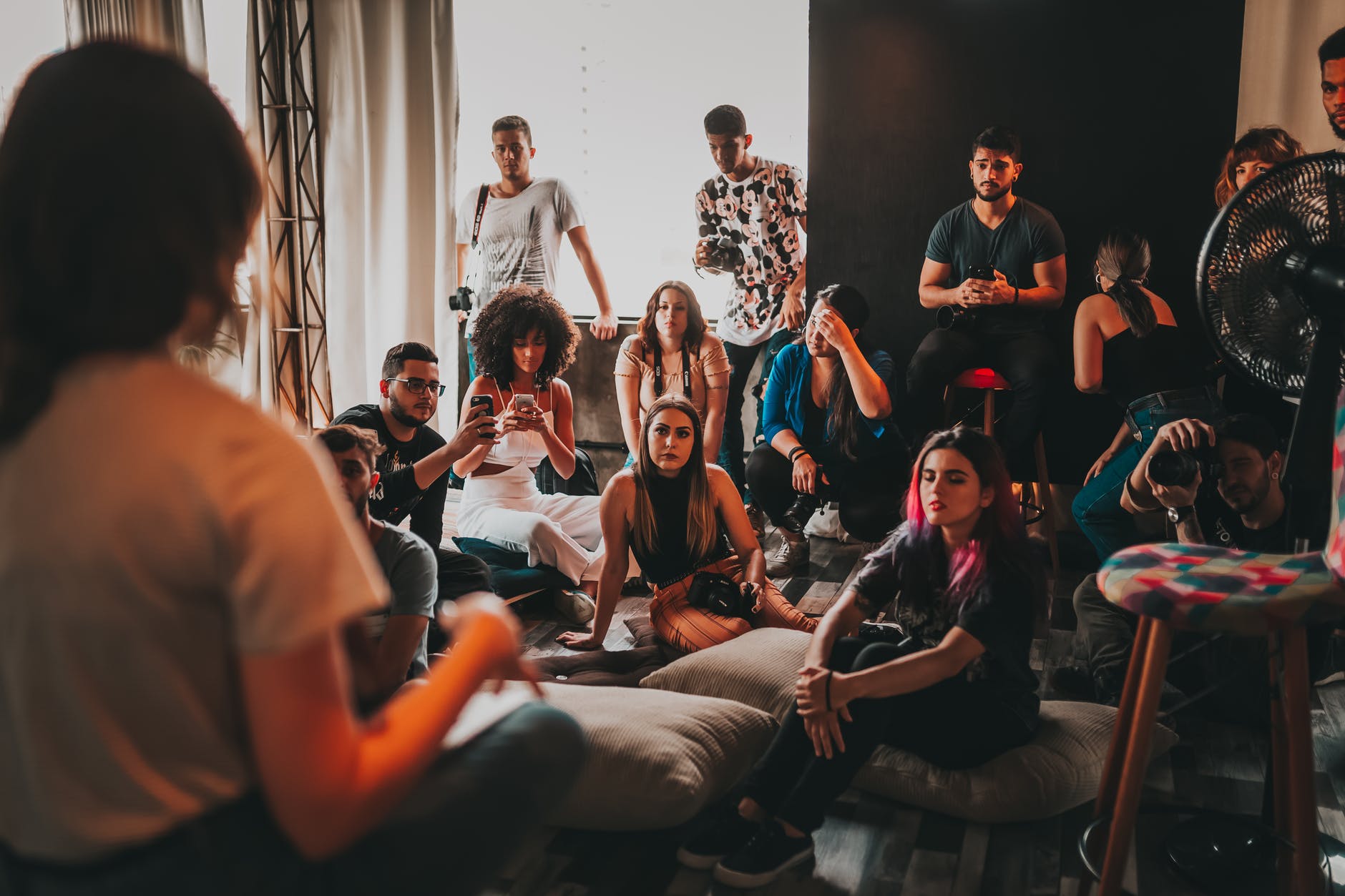 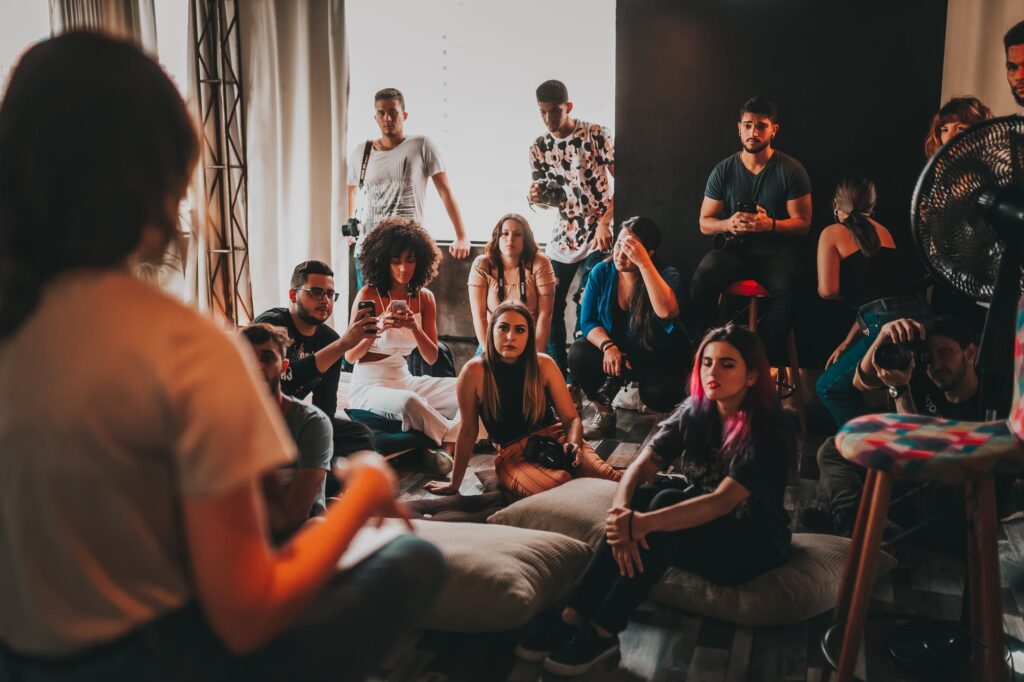 Why is it that some people seem to look into our souls while others feel like they are on another planet even though their eyes appear to be looking at ours?

The idea of presence is a foggy thing. We’ve all had the experience where we talk to our partner on stage or even an acquaintance at a party and they aren’t “WITH US”. We sense they are ‘somewhere else’.  The audience senses this too. They feel no connection and they see no connection between the performers.

Contrast that with the intimate feeling you have when the audience and performers are giggling together over a shared moment or crying from a shared experience. Formal presentation is minimized and replaced with engaged relationship.

The skill to hold your audience close is elusive for some and 2nd nature for others. Here’s an exercise played by various teachers but formalized in Keith Johnstone’s IMPRO FOR STORYTELLERS. (pg 260).

BEEP BEEP BEEP is an INSTANT FEEDBACK exercise. That is to say, as you play, you are getting constant feedback from your audience. You have a chance to adjust your tactics or go down in flames in the moment.

I encourage you to read the original text in “IMPRO FOR STORYTELLERS” for some of the finer points and original concepts.

In brief:
GOAL– Have the audience connect to you for a sustained period.

SETUP – Stand on stage.  The class sits in front of you, preferably partially spread out at a reasonable distance, allowing you to look left, right and up and down to make eye contact with individuals. Have the class rest their elbows on the armrest of their chair with their hand and arm raised vertically.

PLAYING – Your job is to tell a story, make a presentation… speak. Try to connect with the classmates watching you.  The audience’s job is to assess whether you are connecting with them as individuals. If they feel you aren’t making GENUINE eye contact with them, they will slowly lower their hands towards their lap. If their hand touches their leg, they make the sound “BEEP BEEP BEEP” (enough to be heard but not annoyingly loud).  If you can reconnect with genuine eye contact, they raise their hand back to the starting position.

Can you connect to everyone? Are there people who feel you are looking at them but aren’t connecting? Chat a little bit and ask what individuals were missing.

Keith reminds people that “It’s impossible to win this game.” Because the audience wants to say BEEP BEEP BEEP, they will probably just speed up. As a teaching technique, Keith mentions the impossibility to win the game as a way to give permission to the class to lower their hands and to reinforce in the participant that there’s no true failure because it’s an un-winable game.

I found that some people would not lower their hands even when they lost connection to the speaker because they wanted to hear more of the story. Occasionally I would have the speaker switch to gibberish so they could really emphasize the physical connection.