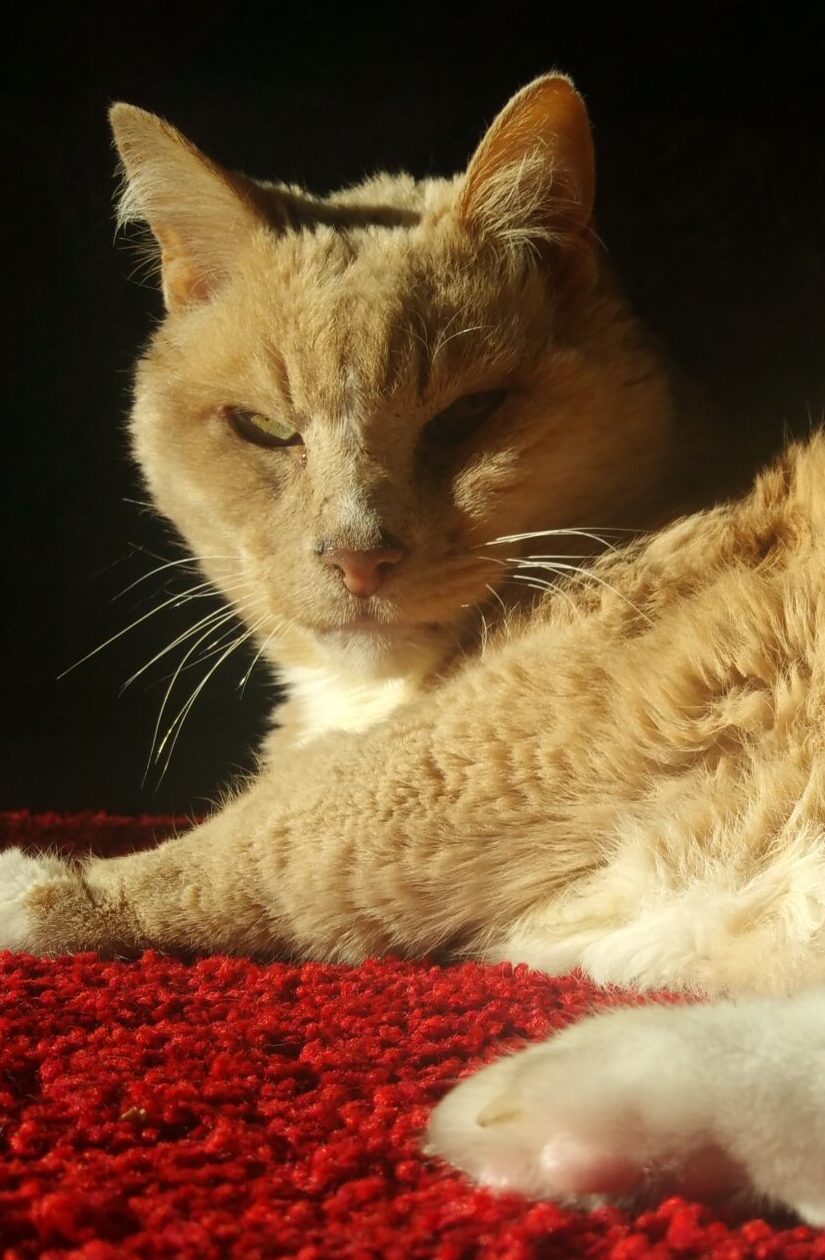 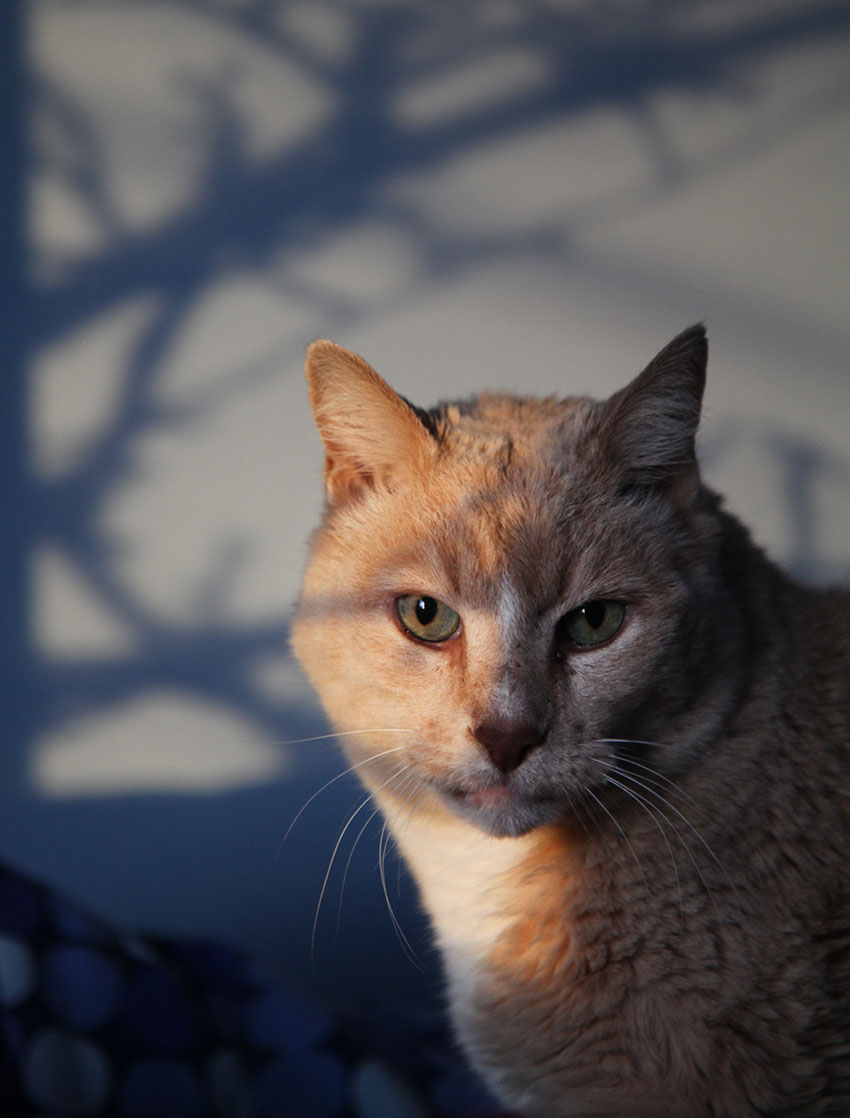 THE UNTEACHABLE STUDENT
As a teacher, I’ve always been interested in the “UNTEACHABLE” student. In schools where the staff say a child is impossible, or a boss in a corporate workshop says the employee is difficult, I want to meet those students.

Cats are considered by many to be the difficult, indifferent and unteachable students of the animal world. Cat experts know that this generalization is as true as saying all humans are planet wrecking psychopaths.  It’s only true of some.

Let’s see what teaching skills we can develop from the Cat kingdom.

THE VISUAL CAT STUDENT
Kitty’s brain is structured much like the human brain. Their personalities are as varied as ours as well. The stereotype of the cat, however, exists as a person we all recognize.

What we want a cat to do and what she actually does might rarely be the same thing. There’s a particular type of student in the class that possess that cat trait – the Independent, sometimes apathetic student, who seems uninterested in our requests.

Cats are highly visual. They communicate all the time with glances to the food bag, “I’m hungry”. Eyes to the door handle, “Open that thing, I want to get out.” And by watching our actions, they learn quickly about the world we create around them.

Like cats, the types of students in your class who are reluctant to participate the way you want, rely on what they can see more than what they are being asked to do.

Experiments on Kittens and Visual Students In experiments on groups of kittens, they found that kittens who observed adult cats retrieving food from a test device learned to get food themselves better than kitties without a visual role model.

The kitties success increased if it was their mother displaying the action. (a more trusted authority). The success rate dropped to zero without visual example of the action.

Cat expert MURIEL BEADLE wrote “
There is now so little doubt about the importance of learning by watching that some scientists believe it to be more important than learning by doing.

Students Who Watched Found More Possibilities
In my experience, I’ve noticed great improvements in students who are given the opportunity to watch certain exercises before participating. There is also a consistent improvement from students who watch a performance of improvisation skills by experienced performers. It’s almost as if switches are being triggered in their brains where they recognize potentials that they didn’t know existed.

While most students benefit by watching and doing simultaneously, there are those cat-like few who benefit from a calm body and active eyes.

I had a moment in a class in Rhode Island, U.S. where two groups of students I had taught came together in one class. I’d previously taught one group a warm-up exercise called Virus Tag, involving a series of complex possibilities which I participated in as I taught. (they could watch my behaviour). The other group had played the exercise but not with me. I assumed that both groups knew the exercise equally so I suggested that we play the game together.

The difference in the groups was stark. The first group was creative in their approach and playful with their interaction. Most people in the second group were somewhat overwhelmed and behaved as if this exercise was unknown to them. They said things like, “I didn’t know that was allowed” and “You are cheating!” (We weren’t cheating. They were limiting the possibilities that fairly existed.)

It took longer for the 2nd group to adapt their understanding of the rules than it took to teach the first group I had played with, to be comfortable playing and exploring the exercise in the first place.

Avoiding the Pitfalls
OF COURSE, the danger of a teacher displaying behaviour is that the students just mimic the actions. If they see our action as the correct way then they may likely do just what we do.

In Africa for example, Lions hunt for what their parents have shown them to hunt for. Some lion prides are more likely to hunt for Zebra because the young see the adults hunt Zebra. Other prides hunt Buffalo for the same reason.  Two behaviours from the same species because of what they’ve seen from their ‘teachers’.

But this problem can be lessened if we flexibly change our behaviour – showing multiple approaches- or if we ask them to find other ways to accomplish the task that we are showing. In this way, we are teaching behaviour and not just how to accomplish ONE exercise. Students become explorers when they see us exploring.

As a teacher, know that if you are trusted and valued, your attitude and behaviour will be mirrored more deeply by your students. If you play with them, many will play like you. But if you openly explore creative alternatives in the work, then the students will explore as well.

Showing is not the right way for all the students but it does have its place in a teacher’s tool kit.  Sometimes it takes visual proof to make a student step beyond the limitations of their “knowledge”. SEEING IS BELIEVING.  And you are the proof in action.

Watch what students do so you can teach them better. “SHOW”, so they can learn better. Do it in another way so they know there is more than one answer. See the cat behaviour in your human students.