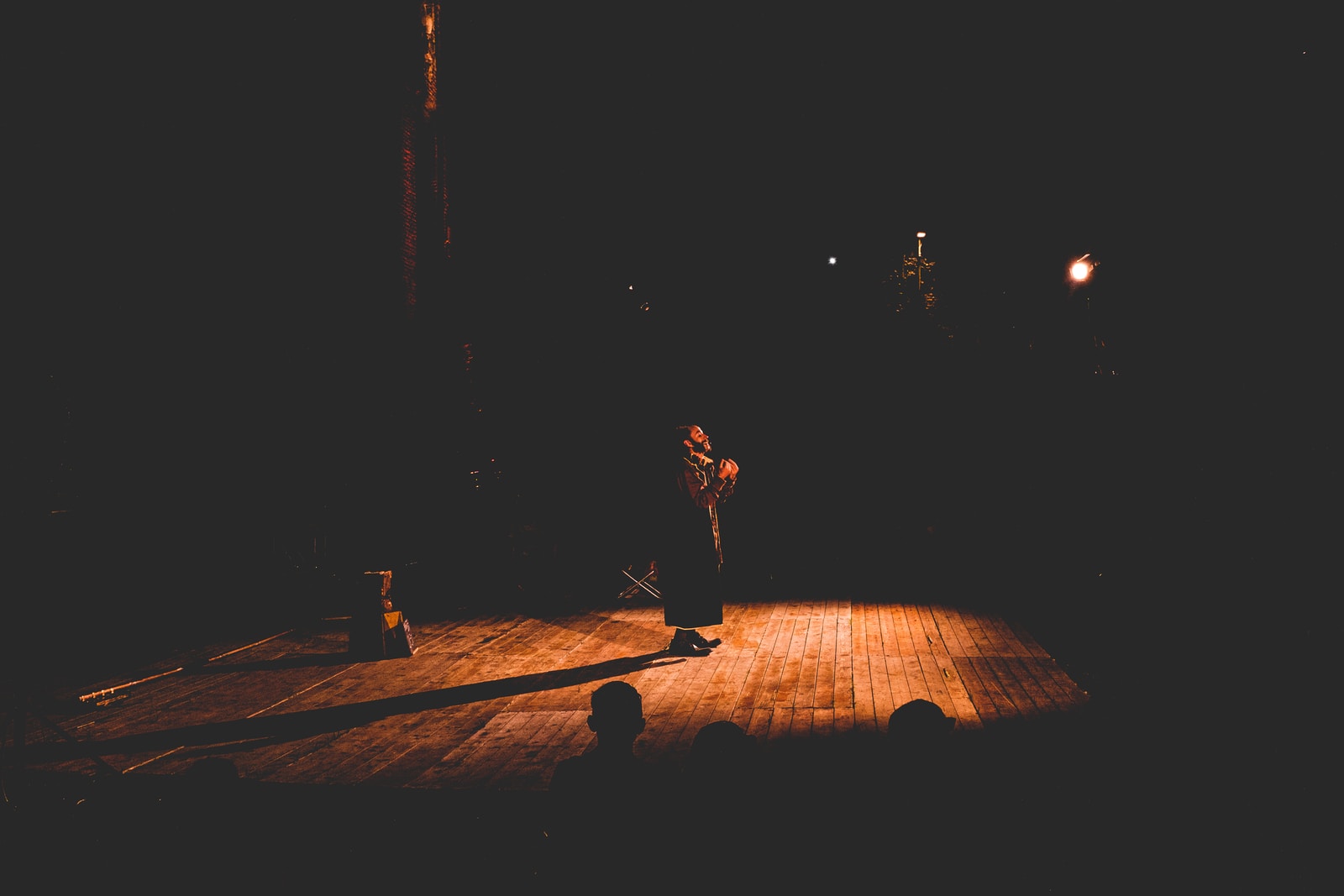 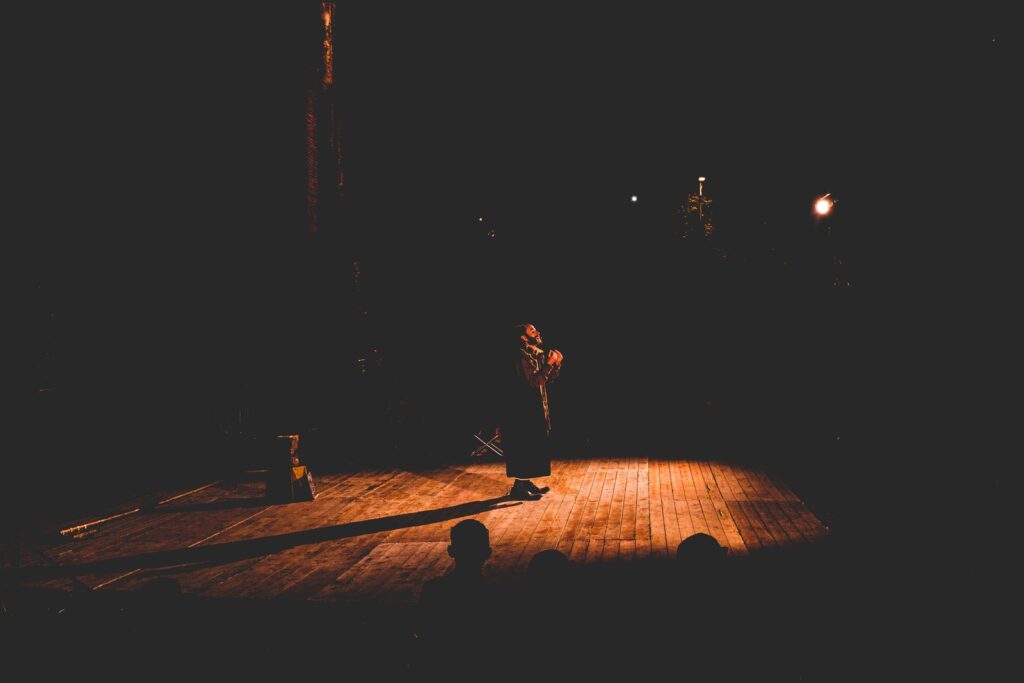 I got into the car with my friend Lee. We were off to Impro class.

Lee asked what we were going to do in the class:

Of course, there was no script. I assume others make the same joke about improvisation shows when someone asks “what are we going to do in the show/class?”.

Spontaneously we started “reciting lines” from the supposed script as we drove off.

“The government will fall before morning. We need to destroy these files before we evacuate.”
“Do you ever wonder who leaked the password to the enemy?”
“No. I know it was you.”
“How did you know?”

As we went forward, we realised there’s something interesting going on here.  With the playful assumption of a script, there was less pressure to create anything.

I know that sounds a little absurd. There’s no script but we pretended there was… and so it felt easier somehow to say the words from this hypothetical piece of writing.

“The camera in my office caught you sending the files. But you don’t have to worry I’m not going to turn you in. There is something I want in return.”

There was a freeing feeling of being pulled forward by the words as opposed to driving the scene. There was a higher level of commitment and a confident tone to the work. The script was done, we were just saying what was already there.

I found myself wondering “WHAT HAPPENS NEXT IN THE STORY??!?” I wanted to grab the script and turn the page. Remembering there was no physical script, I thought of directions the story could follow, but I felt less impressed by my own idea than I had for the process we had just experienced.

And then a question surfaced in my thoughts. How do you continue the script? What if the pressure to create content overwhelms the performer and that pressure destroys the easy ‘script’?

When pressure builds for performers to come up with “good ideas” they become blind to obvious ideas. There’s a fear that the obvious isn’t good enough. The resulting ideas are scene crushing oddities that destroy narrative.

I realised that this emerging game had more possibilities to help improvisers recognize the pressure they’re under and to learn how to reach outside of themselves when their brain self-destructs and kills the logic of the story.

TRY THIS:
You and your partner are on stage.  This is a dress rehearsal for a new play. Convince yourself that you and your partner know your lines and you know where to be on stage and what to do. You’ve rehearsed this for a month or two. Don’t play the rehearsal. Play the scene you’ve been rehearsing.

You want to honour the writer of the work so the moment you feel a slight uncertainty about what to say, just yell “LINE,” and an offstage improviser with “script” in hand will yell out the next line.  Repeat the line they said and move forward.

This is not like the “Actor’s Nightmare” game where you use a real script for one of the performers. (You could explore that later but it is a bit of a gag and doesn’t address the problems that this exercise aims at).

In this exercise, the offstage script reader is honouring the ‘script’ that you and your partner have been playing. The script prompter says the most obvious thing that comes to their mind.  Because they “have the script in hand” (you could have a collection of blank pages) the script reader says the line without hesitation.

Repeat the line the script reader gave you and continue with the play.

Be brave and honest. If your brain hesitates, yell “LINE?” and let the person offstage supply the text. Also, if you are stumbling or hesitating, the script reader can also jump in with the line before you ask for it.

A large part of Improvisation is about having the faith that you can do it.  In this exercise, tell yourself it’s already done and that you are simply repeating what you already know.

And be confident when you don’t feel like you know the next line. This “failure” is part of the game. You have someone offstage ready to help.  In fact, they are more than ready to help. They WANT to participate. Occasionally yell, “Line?” as a gift to them for their input even when you know what to say.

This training will hopefully put your mind in the right frame that you are not alone and all you need to do is share control on stage. Improvisation is a partnership, not a monologue.