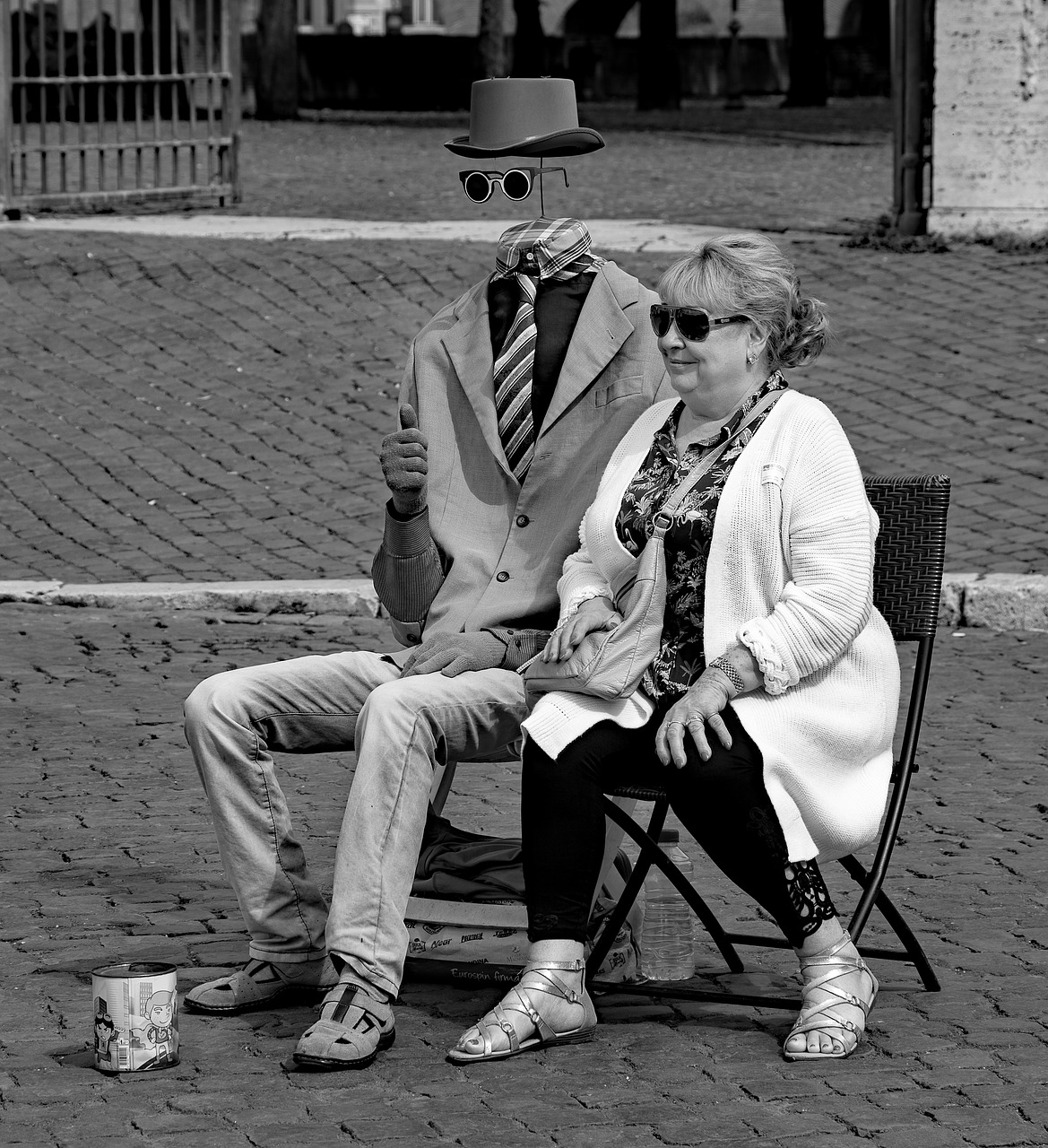 Hints and suggestions can excite an audience’s imagination more than all the blatant words and images we forcefully create. Build the outline of a character and the audience will fill in the rest. (usually with the elements of their own lives).

Here’s a “solo” exercise that mixes, impro, mime, and puppetry. Helped by your partners, you are about to create a playful and visual variation of a typical solo scene. 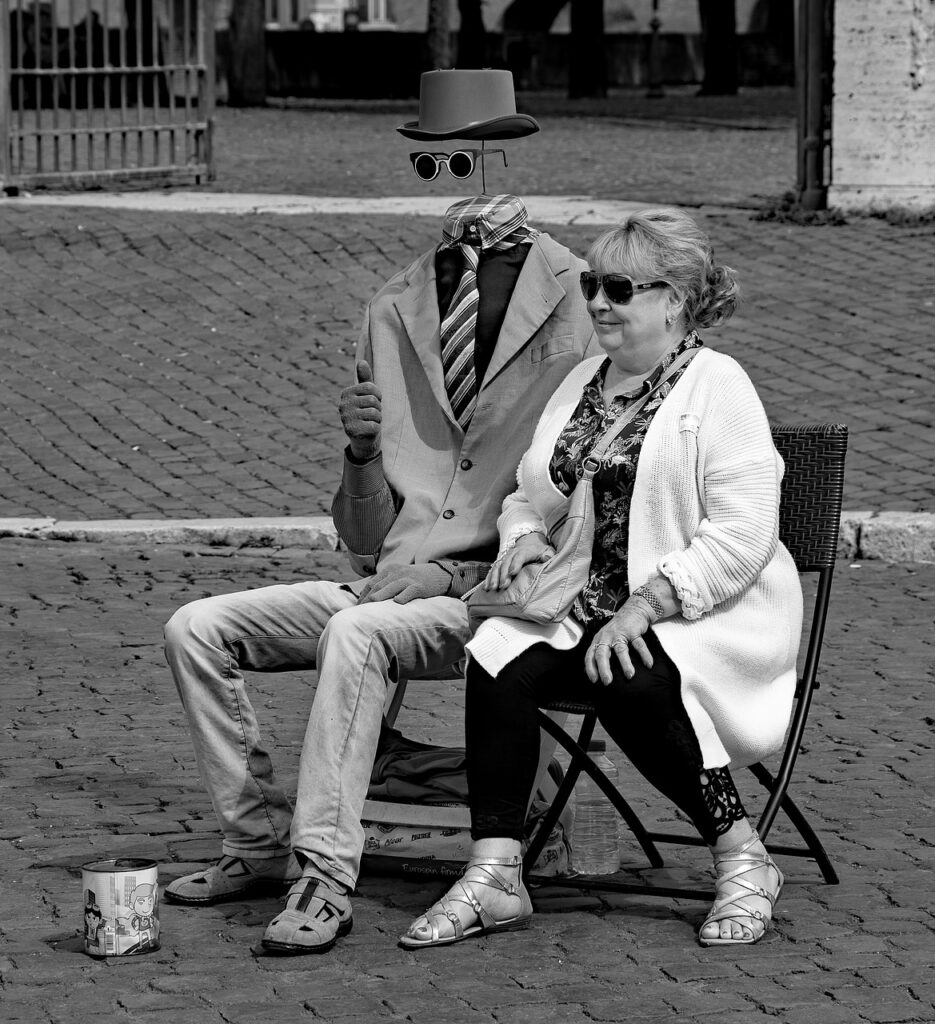 You’ve probably watched or performed a scene where one performer plays all the characters switching voices and behaviours. In the following traditional example of this sort of scene, you are two characters in a bar. A third might eventually enter.

This is an example of how the solo scene is usually played. These scenes are fun and can serve to get you out of your head a bit as you try to survive the multiple-personality character chaos.

Here’s a twist. With the help of the improvisers watching offstage, you can create a whole new dimension.

In the scene above, your characters might have one or two objects associated with them. The waiter might have a towel on one arm. The customer might wear a hat or glasses.

The offstage improvisers help to keep the invisible characters magically visible. Instead of dropping your character’s hat/waiter towel/glasses/etc as you change characters, another performer holds the hat in the air where your head was when you were sitting. They are the “ghost Improvisers”.

When you (the performer) go back to play the customer, you simply place your head in the correct position under the hat and continue the story, inspired by the position the “ghost improviser” last left the character in.

The “ghost improvisers” can create physical offers to inspire and challenge you.

As you play the waiter character, the “ghost improviser” raises the hat as if the character is standing. The “ghost improviser” moves the hat in a bobbing fashion as if walking towards the window.

When YOU go back to play the customer character, you put your head back into the hat which has been turned by the ghost improvisers. This forces you to look out the window. NOW – you have to improvise because the control of the scene has been playfully moved into a new intention.

You quickly make sense of the ghost improvisers’ offer. As you stare out the window, you see your girlfriend walking toward the bar. You turn to the waiter (now just a floating bar towel by the table where you left him). Full of fear you ask him if you should propose to your childhood sweetheart.

It may seem a little confusing to read about but you’ll make great discoveries when you share the possibility of playing all the characters with the Ghost Improvisers who can motivate you into exploring the unseen edges of possibility.