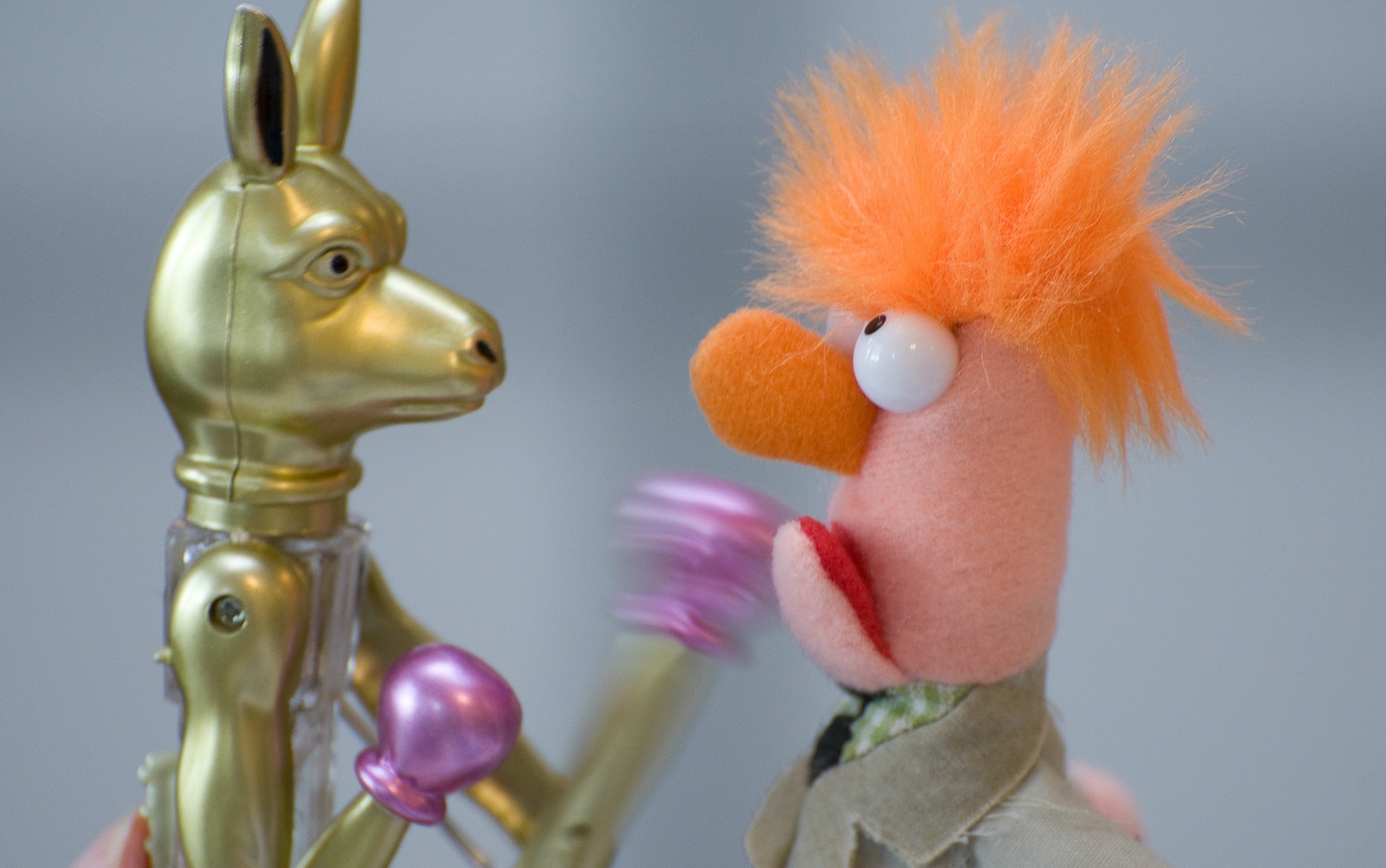 Playful torment is the cornerstone of humorous interaction.

I used to perform at children’s festivals where I would interact with families as one of the characters I had developed. One of my favourite characters was a loudmouth masked character with big lips and googly eyes. He was good-natured, loud, literal and never got the information quite right. Child :You can’t have my name.
Me : But you didn’t pay for it so maybe it’s not yours. Maybe your name is WALNUT MUFFIN!!

Child : Noooooo
Me : Maybe.   Hey, how did you get down here today?

Child : Noooooooooo
Me : That’s illegal!! you can’t drive without a license.

Child : (slapping herself in the head)
Me : OW! You shouldn’t beat yourself up Walnut Muffin.

Kids hated me but they loved me too. Playful torment is entertaining. Actual torment brings tears.

Find the truth within the logic of torment.

A mouse for example is not necessarily a torment on its own. Weather tormenting a driver is logical. A dancer waiting for the floor to dry makes sense. A slow talker torments a person by not getting to the point.

And the torment becomes more interesting when the “stakes are raised”  The consequences of the torment become more important.  The driver has limited time trying to get his wife who is pregnant to the hospital.  The dancer is auditioning for a show and the cleaner has just washed the stage. The slow talker is talking to a passenger trying to catch a plane. Or the dim-witted idiot misinterprets everything the child says as the child tries harder to be clear.  🙂

I remember a scene where a character had to perform a death in 60 seconds. The solo scene was a performer’s punishment for losing a competition with the other performers.

He pretended that it was his birthday and nobody came. He decided he would end it all and hang himself.  He tied the mime noose, stepped onto the chair and jumped. He fully expected that to be the end. But, the misbehaving improvisers chose another path. The first improviser crawled out like a mouse and chewed the rope so the other improviser would fall to the floor and couldn’t complete his task.

He loaded a gun. The offstage improvisers kept yelling “CLICK” instead of “BANG!” as they forced the gun to misfire.

This went on for at least five minutes. It was fun misbehaviour and a great challenge. We all remember the scene more than 20 years later.

Develop your ability to torment the story and your partner’s goals by getting between your partner and their objectives.

You can torment with another character.

Walk into the scene while your partner is meditating after a stressful day at work. You start a meaningless conversation. He asks you to stop talking. You open a bag of potato chips and eat them “as quietly as you can”.

Also, practice this exercise without bringing in other characters.
Create torment with the physical environment.

REMEMBER:
Torment is only as good as the reaction that it is met with.

If your partner has established a quiet meditative environment walk into the scene and start miming dripping water from the tap.

If they don’t respond, make it louder.

If they don’t respond create a flood.

If the meditator is not bothered by anything then there’s no fun for the audience.

Like anything, there has to be a certain truth to the reaction.  The first reaction isn’t over the top. It is measured and only slightly annoyed. The 10th interruption no matter how small drives the character totally mad!

Have fun and “Torment the hero”, as Keith would say.