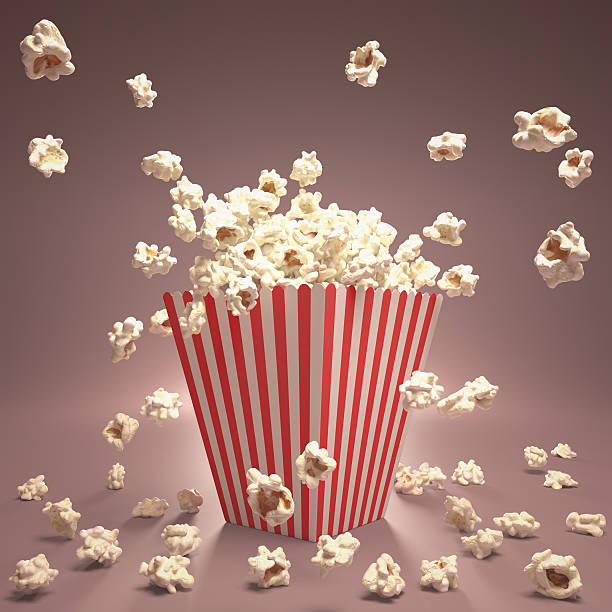 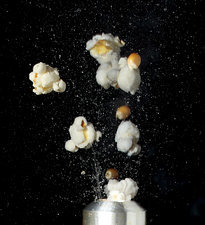 Ages ago I was looking at impro resource sites on the web and found a warm-up exercise called POPCORN. It seemed pointless at first but quickly proved to be a useful tool in the right situations.

The surface goal is simply to score more points while not being eliminated but what you are actually achieving is much more useful than it appears.

VARIATION: – Occasionally improvisers fail to see the mistake. (They “Popped” at the same time as someone else.) If this is an ongoing problem, initiate the ALARM OF AWARENESS.

If only one person (or neither person) sits down because of POPPING at the same time, anyone in the group who sees the mistake can make a gentle alarm sound as a notification to the other players.

This warning doesn’t necessarily mean that the player HAS to sit down (I leave that up to them) BUT if they constantly hear the alarm sound when they play, they may become aware that others consistently see things that they’ve been missing. The group teaches themselves.

This is also a little lesson in giving and taking notes and for the group to self-regulate itself without being overly aggressive.

If the alarm sound is soft and unobtrusive instead of being a massive display of criticism, it’s harder to take offense and damage delicate egos. The gentle alarm becomes assistance rather than blame and trains people how to give notes to each other.

While some performers can be unaware of others around them, the added lesson with the Alarm technique encourages people to pay attention to everyone and not just themself.

Part of this game is about the quick reactions to the mistakes we make. We are much quicker at recognizing our successes than our failings. The beauty of recognizing your mistakes is that you can use them and make them a benefit instead of a burden.

Hiding mistakes make you look like an average person, fearful of being judged.

Be honest. Be brave. Be an improviser. Face the failure and respond immediately.

If individuals are reluctant to sit down when there’s a mistake, you might have to initiate a game within the game where players “RACE TO SIT DOWN” after mistakes occur. “The first one to sit down wins!!”

The Popcorn game also emphasizes the idea that we generally fail together and recognizing it together makes us stronger partners.

I bring this game out occasionally when students are getting too competitive and disconnected. Connecting in failure is very useful.

Online, I’ve seen where people create rules that don’t add to the teaching aspect of the game. One group says there must be at least one POP at least once every 5 seconds. DON’T DO THIS!

Think about it. If we always regulate risk-taking with rules, then the student never learns to take initiative. If no one is jumping when you play, then YOU should jump up and down constantly and score points until someone jumps up and stops you.

This playful teaching technique is much more effective than telling people when to take initiative.

Have a discerning mind if you are searching the internet for improvisation games and exercises. Most of them are filler, without purpose. A good exercise serves a purpose as well as offering some fun.

Many improvisation ‘resource’ pages compile long lists of filler exercises, creating an illusion that quantity is king.  Remember, lots of crap is not as good as a few good bites.

In the version of popcorn I do – the couple sitting down goes up when another couple goes down.

Sounds good Steen! That’ll make them aware of the rest of the group. THe version that keeps them sitting for 10 (ish) seconds means that there are times when almost everyone might be out and you get variations on play like when just two people are popping (will they share? Will they give in when someone else stands up?)