DAY TO DAY – Baby Life and The God Complex 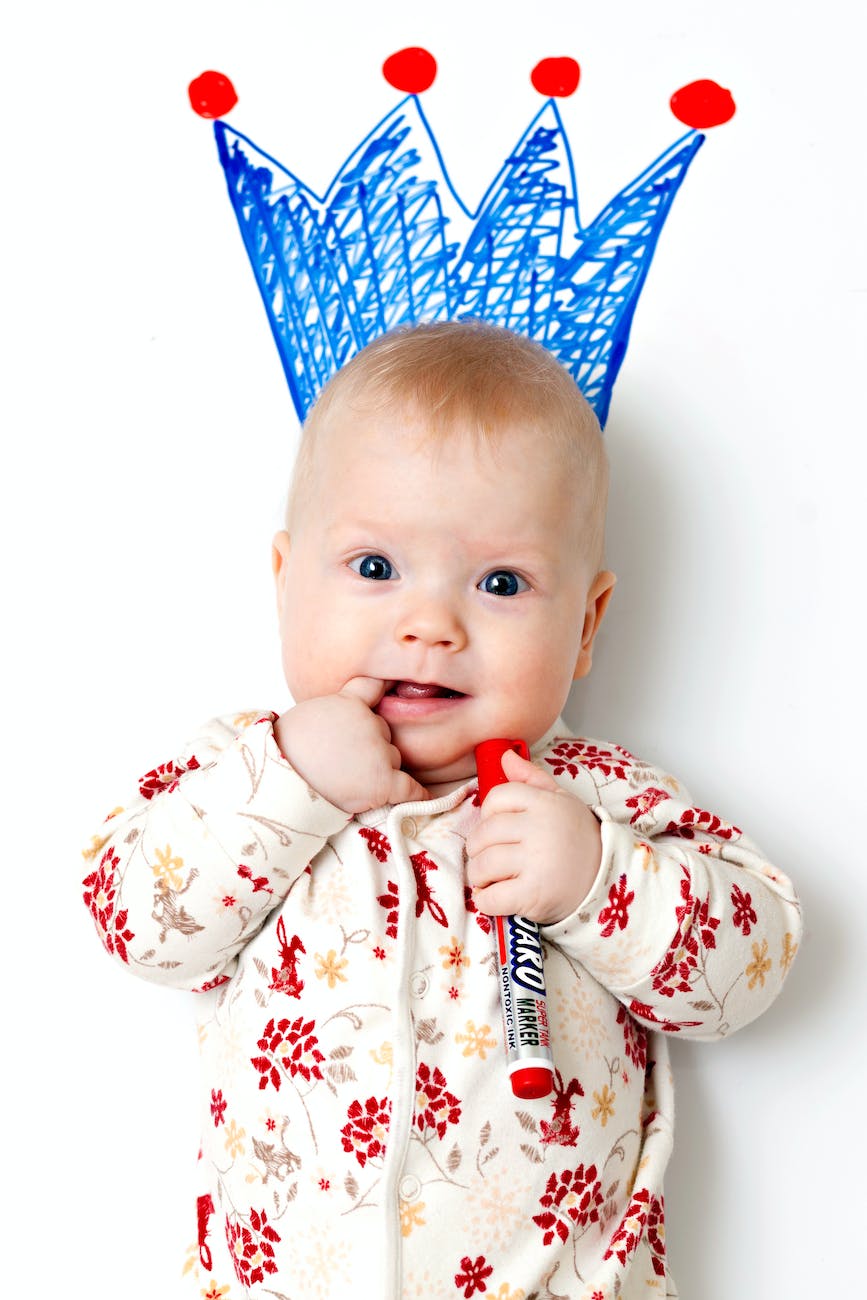 DAY TO DAY IMPROVISATION is a collection of exercises anyone can do almost anywhere to practice their improvisation skills every day.

Your brain makes decisions at the remarkable speed of just 40 milliseconds.  Putting that into perspective, imagine being able to judge whether someone is trustworthy, good at their job, whether you will have a relationship, whether someone is gay or straight, or if someone is telling you the truth in a TENTH of the time it takes you to blink your eyes.

You judge everything that crosses your senses and you usually do it without any awareness that you’ve done it. Your brain knows what it thinks before “you” do. (If that doesn’t lead you down a philosophical path of who you are, I don’t know what will.)

You might be wondering how reliable that snap judgment is. Studies have shown repeatedly that those quick decisions on measurable topics can be more reliable than when we second-guess our choices.

On the other side of the coin, repeated research also shows where teachers making snap judgments about the intelligence of a child will often rate “attractive children” as more intelligent. Obviously, there’s a place for thoughtful contemplation of our ‘intuitive’ feelings.

In your daily life, you rightly ask yourself, “IS THIS THE RIGHT CHOICE?” when decisions have greater consequences, but when you are on stage in the middle of a scene, overthinking and second-guessing is poison to spontaneity.

If we look back at that study about teachers making poor judgement over their student’s intelligence, and play that scenario as a scene, there’s no need for the improviser to question their choice. Without a second thought the teacher grades the good-looking child with higher marks than the average-looking child. We’ve set ourselves up for a great scene about injustice.

Our job isn’t to be right. Our job is to make fearless choices and then react to the falling dominoes in our story. Where the scene goes down a morally questionable path, we engage our audience in content that they are truly interested in

But when the improviser is second guessing every choice including that first important one, we probably won’t get much more than struggling improvisers stumbling without direction.

I think one of the biggest comments I get from students when I ask what issue they struggle with on stage is that they second guess their choices and they are in their heads too much.

Today’s DAY TO DAY exercise is a practice to trust that first impulse.

When and Where to practice: This is a good game to play in environments where you can people-watch (parks, restaurants, airports etc).

This exercise can be used with whoever crosses your awareness. Let’s start with babies.

The simple instructions are these: A baby is sitting in a high chair at a restaurant hitting his cup on the table.

*** Remember, your brain has already made hundreds of judgments before you are even aware that you are playing the game.

Tell yourself (or the friend you are with) who that child will become.

“That little politician over there, banging his cup on the table, will become a ruthless conservative politician who, at 39 years old will win the leadership of his party and gain power, more by destroying his opponents than by offering any substantial policies. When he is eventually elected leader of the country he will begin a policy of assimilation of small countries around the world until eventually unifying all of those countries into powerful economic blocks that will weaken and destroy larger countries one by one.”

Is that right? Of course not! (probably not). But being correct does not matter in this exercise. Don’t allow any voice in your head to doubt what you’ve said.

Your brain probably connected the child banging his cup with the idea of an angry politician because somewhere in the library of your experiences you have that image. That pudgy little face made you think of British Prime Minister Winston Churchill. His distraught parents are the ineffectual opposition.

Whatever happened doesn’t make any difference. Your brain is doing its own little biased thing. Use it and deal with what comes up after you’ve expressed it.

If you can’t help yourself and you start doubting and judging yourself, look away and play again. If you constantly judge your ideas, look away sooner and pull out as much of the story as you can before judgment seeps in. Feel it before you can think it.

BUT I CAN’T THINK OF ANYTHING!
If your brain says, I don’t have anything, simply make up something and quickly say, “yeah, that’s good enough!” Or say “Nope, that’s his brother… this kid is…” and start again. You might discover that by just putting ideas out there without worrying, you might just stumble into inspiration.

It’s not that you CAN’T think of anything.  The issue is you aren’t willing to express what your brain has already determined is possible. Remember, 1/10th of a blink and your brain decides on more complicated things than the imaginary possible life of a child.

TWO RULES TO KEEP IN MIND: As always…

If you don’t see any kids around, look at the adults.  Based on how they look and what they’re doing and what’s in their surroundings, express what they were like as a child.

Right now I see an older Indian man with thick glasses eating a doughnut and holding it delicately in a napkin.

My interpretation of him as a child came to mind pretty quickly. The first image I was drawn to was how he was holding the doughnut so he didn’t get any of the sugar on his fingers.

My story: As a child, he had over-caring parents who dressed him well and kept him from playing as a child with other children. He lived on an upper floor and watched in his little suit as the other kids played in dusty streets while behind him, the servants prepared his soup in ornate bowls which he ate with proper etiquette.

The original image is inspiration. The details I’m allowing myself to create, mixed with the actual man I see before me, inspires my quick judging brain to come up with more ‘likely’ possibilities.

You don’t know what your brain is doing most of the time BUT IT IS DOING A LOT!  Trust that it is always trying to make sense of the world. Learn to express it.

VARIATION – The God Complex
You’ve probably played this variation when you are people-watching with friends.  Instead of watching babies, focus on couples.

One of you is an all-knowing God who has insight into everyone on the planet.

The God knows how long they’ve been together (1st Tinder date, together since they graduated from school, found each other after the death of their spouses, etc)

If you are the God, pull stories out of your quick assumptions and make adjustments when you see them doing something that contradicts what you said.

Are they happy? What happened to make them that way? Who likes who more? What’s their future?

Some situations don’t allow you to see who you are talking about.  That’s ok.  In fact, that’s great.  Now you can practice working on your other senses and skills.

Listen to the things around you – ESPECIALLY the things you cannot see. (the voices of the people in the seats behind you, the emotional outburst of the people outside your window, a laugh at the other side of the party.)

Create a brief outline of their relationship and life.

if possible, take a brief look and immediately revise your description if your thoughts change.

If you are adapting your original idea don’t think you were originally wrong. You were simply talking about others who live in an alternate universe.  No Problem.

THE SCIENCE of YOU:

You might like this article from Psychological Science .org.  It’s a little introduction to snap decisions.  The author writes, “Knowing when to question our thoughts can help us catch our mistakes, but it can also help us understand when to pay attention to what our unconscious minds might be telling us. “

As improvisers, we aren’t bound by ALL of the pressures of the world.  We don’t have to worry about “the mistake.  if we are willing to respond to the snap decision without judgment, then the mistakes we generate can be useful to the story.

I have to also suggest that you read the book BLINK by MALCOLM GLADWELL.  It’s a fascinating read for all improvisers interested in the mind and its ability to react faster than we can comprehend. Here’s a little YOUTUBE review summarizing some of the main points.