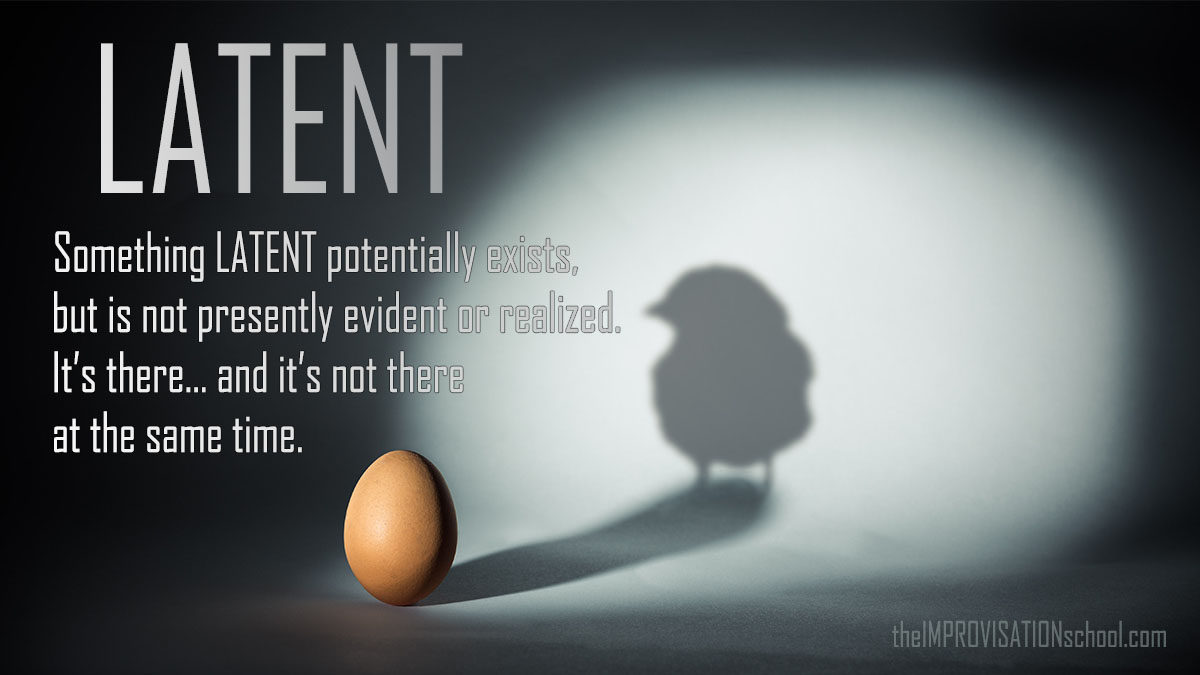 BRILLIANT IDEAS ARE OBVIOUS...
...or is that the other way around? 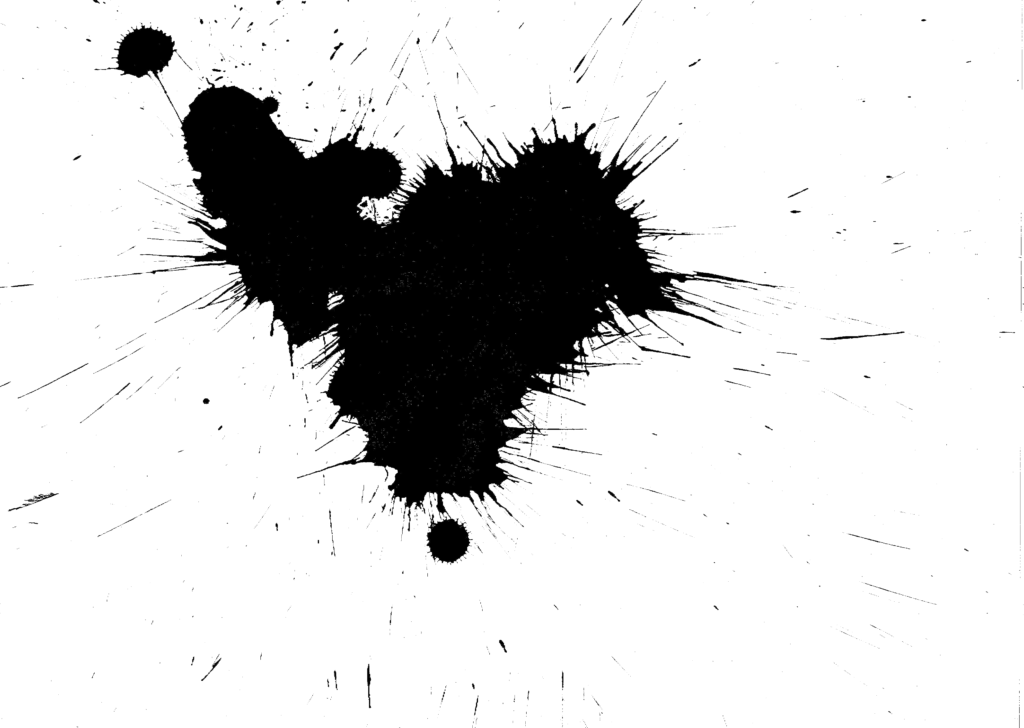 Latent ideas are described in Merriam-Webster’s dictionary as  “…a power or quality that has not yet come forth but may emerge and develop.”

Neither Miriam nor Webster tells us WHY this “power” or quality has not yet come forth” or how to make it come forth.  Wouldn’t it be nice to know?  I would like to know.  OK, Let’s know.

As an audience member, you experience the “power” of Latent ideas when a performer pulls some hidden thought from the back of your brain and directly into your awareness. You already knew the information. You just weren’t aware that you did.

It’s great to feel that rush of a shared idea that makes us laugh with another person. It’s an instant “AH-HA!!” moment that makes us light up. When it happens with an entire audience simultaneously, that light is wonderfully bright… and powerful.

Here are some observations that use latent ideas for comedy:

Why doesn’t glue stick to the inside of the bottle? – Steven Wright

When sign makers go on strike, is anything written on their signs? – Jerry Seinfeld

These observations hold a certain amount of ‘obvious-ness’ that we can all understand and they have varying degrees of humour for an audience. Why?

Latent ideas come from truths that we hold. The truth is so “KNOWN” to most of us that we don’t think about it or play with the ideas or their meanings anymore.  We leave these “KNOWN” ideas on the back shelves of our brains until they are pulled forward by a more curious person who is willing to point a finger at what we take for granted.

We say, “Isn’t that clever!?!” But really, It’s logical and full of subtle sense.

In George Carlin’s case, he doesn’t just point at speed when he asks; He leads our awareness to look at ourselves and our implied arrogance. “SPEED UP YOU IDIOT!!!”  “SLOW DOWN YOU ASSHOLE!!!”  Isn’t it amazing that we are the only ones driving at the perfect speed?

Impactful humour is about the audience. It’s in the back of their head and it holds some truth for them. If you pull that idea forward in others, you are a GENIUS!!!

If using an audience’s latent ideas of what’s true works so well, why are improvisers so reluctant to do or say the OBVIOUS THING????

Keith Johnstone asks, “What comes Next?” And emphasizes the question with a resounding “BE OBVIOUS!!! STOP TRYING TO BE ORIGINAL!!!”

Sexual harassment at work… Is it a problem for the self-employed?
– Victoria Wood

Interestingly, if we extend the idea into a scene with a self-employed man working at the computer at home who becomes “distracted” by sexual images, I don’t think that Keith would say it is “original” for his hand to speak up for itself and says, “STOP!! I won’t let you do this to me again!! This is the THIRD TIME today!!!”

The Penis chimes in: “Come on, just one more time!”

Please don’t be offended by my example.

Or be offended. That’s up to you. Let’s move on.

The point is, we can take the latent idea in Victoria Wood’s one-liner: “Sexual harassment at work… Is it a problem for the self-employed?” and answer, YES, in this scene. Then we can play with a lot of other related latent information feeding into the content of the narrative.

Some American schools of improvisation add the concept of: “IF THIS IS TRUE, then WHAT ELSE IS POSSIBLE?” It’s another good hint at looking at latent and obvious realities not grasped by the lazy mind.

Careful about what you read… I’ve come across so much dismissive information about varying forms of improvisation that much of it becomes misleading when it comes to coaching improvisers on where and how information is applied.

One quote for example I found on the web is this:

“If This is True, Then What Else is True? (often shortened to If, Then) is an improvisational concept, mostly employed in longform improv, that helps improvisers build a pattern out of an unusual thing and thereby find a Game.”

I’ve seen too much pointless improvisation – both long and short form – that simply misses the obviousness of scenes. The “IF-THEN” concept is EQUALLY suited to everyone and should be used by GOOD improvisers in all forms. For the ‘short form’ players, the logic and latent truth of ideas are extremely important.

Most of the examples I’ve used in this article come from Comedians using very simple details.  Latent truth applies to stories, jokes, conversations, and novels.

Longer stories layer ideas on top of each other to make latent ideas more specific.

Imagine a scene starting in a blackout with a ticking clock. What is latent in your thoughts about that ticking sound? Quickly, for me, these things surface.

I’m having a hard time not imagining an old man walking into the scene because of the latent ideas that are surfacing. If I try to work against that a little, I might create a youthful child running downstairs happily followed by a floppy-eared dog.

The feeling about the house changes because of the new details (dog and boy) and I start to think of a regal British mansion and a bright garden outside.

Ideas don’t exist in isolation. Offering more details can change the outcome of the image and nudge the latent feeling of the scene in small ways.

Picture one thing (clock) and it takes on a certain meaning. Add something different to that original idea (boy) and the meaning changes. Details will make the latent idea more complex and that’s not a bad thing. The danger with improvisers is that they will complicate the story and miss the theme that gets buried by too many ideas. The latent idea stops being obvious.

Let your latent ideas affect your improvisation, otherwise, the more you fight to be original the more disconnected your ideas become and the less likely your audience will all have a unified emotional experience together (laughter or pathos).

If I introduce a talking squirrel to that ticking clock, the child, and the dog and then add a dancing alien who lives in a teacup, I’m not supporting any sense of obviousness or latent truth. Clear offers become a mass of stupidity. If the audience hasn’t given up by now, then the performers probably have and are starting a new scene.

Erase the squirrel and alien.

If I have the child leave the house and come back visually aged, there might be something we can salvage here. I can see the parents visibly shaken by their aging child who has aged 10 years after being out of the house for just seconds.
“WE TOLD YOU NEVER TO LEAVE THE HOUSE!”

And what about the dog… He comes in a few seconds later. He can barely walk. The child doesn’t recognize him because he was just a puppy moments ago who is now an old dog. He tries to leave to find his puppy but his parents won’t let him go. If he leaves, he will age more and be lost to them forever.

The latent idea of aging comes in strongly.  Every parent has some fear of losing their child to time. “They grow up so fast”.
Even in your “weirder” ideas, find the obvious. See what is LATENT in the story. Find out what is hiding in the offers and make the power of the latent ideas become “…a power or quality that comes forth, emerging and developing” into the idea that is already hidden in the mind of the audience. 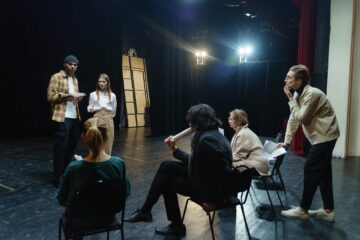